Scarce. Short biographies of Addison had appeared here and there as prefaces etc, and Johnson had also included Addison in his Lives Of The Poets. But this is the first separate book about Addison. Oddly enough not noticed by the generally authoritative 1954 Life by Smithers. View more info

Windsor Castle : an historical romance. Illustrated by George Cruikshank & Tony Johannot : with designs on wood by W. A. Delamotte.

Memoirs Of The Life & Writings of Victor Alfieri : written by himself. Translated from the Italian.

Famous autobiography of this celebrated Italian poet & dramatist. First published in Italian in London in 1804, the year after Alfieri's death. Reissued in 1961 by Oxford University Press in their series Italian Classics. View more info

Condition: First Edition, 2 Vols, tall 12mo [binding c.17.5 x 11 cms], very smartly and handsomely bound in modern period-style polished tan calf, the spines ruled and numbered in gilt, and with red morocco labels. First and last leaf in both vols a little browned around the margin from contact with the turn-ins of the original binding, Vol 1 with tiny piece nipped from top corner of first two leaves, occasional light spotting of text. Overall an exceptional copy, very bright and attractive.

Extremely rare 18th century Libertine novel based on the life and times of the legendary Vicar of Bray, who supposedly contorted his religious affiliations to suit the changing times - from a supporter of Divine Right under Charles II, a papist under James II, moderate under William, tory under Anne, whig under George and lusty protestant under succeeding Hanovers. The final leaf of Vol 2 prints the text of the famous satirical Ballad of the Vicar of Bray. *** The novel presents the Vicar as an anti-hero, ultimately disgraced, who, together with his aristocratic friends and patrons, not only... View more info

Condition: First Vitu Edition, very attractively bound in quarter calf over marbled paper boards, the spine elegantly panelled and decorated with floral motifs in gilt, and with a green morocco label. Small 8vo [binding c.18 x 11 cms], pp[iv], 337 + [3], text block with top edges gilt, others untrimmed. Attractive small modern booklabel on preliminary blank and pencil note of purchase in Paris in 1931. Edges of pages just age-toned, as always with this type of paper, else a very bright and attractive copy.

Smart and attractive binding of the famous play by Beamarchais. Banned initially by Louis XVI because of its satirical view of the aristocracy, it opened in 1784 and proved enormously popular. Mozart's opera premiered in 1786 and the rest is history. View more info

The first modern edition of Bewick's Memoir : 'There has been no reprint of the book since its first publication in 1862, and it has long been difficult to obtain a copy' [Selwyn Image : Introduction]. View more info 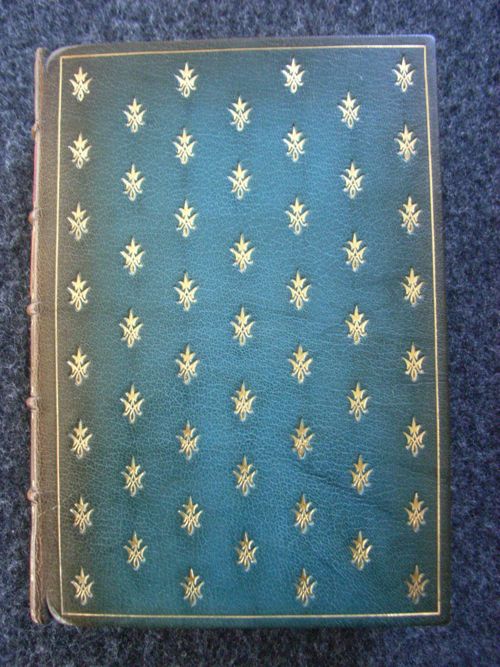 The Poetical Works. Edited and annotated by Edwin J. Ellis. 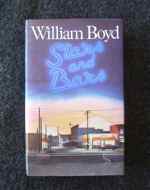 Condition: First Edition, blue cloth lettered in gilt, striking illustrated dustwrappers. C.pp255, as ever the edges of the pages are just lightly toned due to the poor quality of the paper used, else a fine copy in fine and bright unclipped dustwrappers. 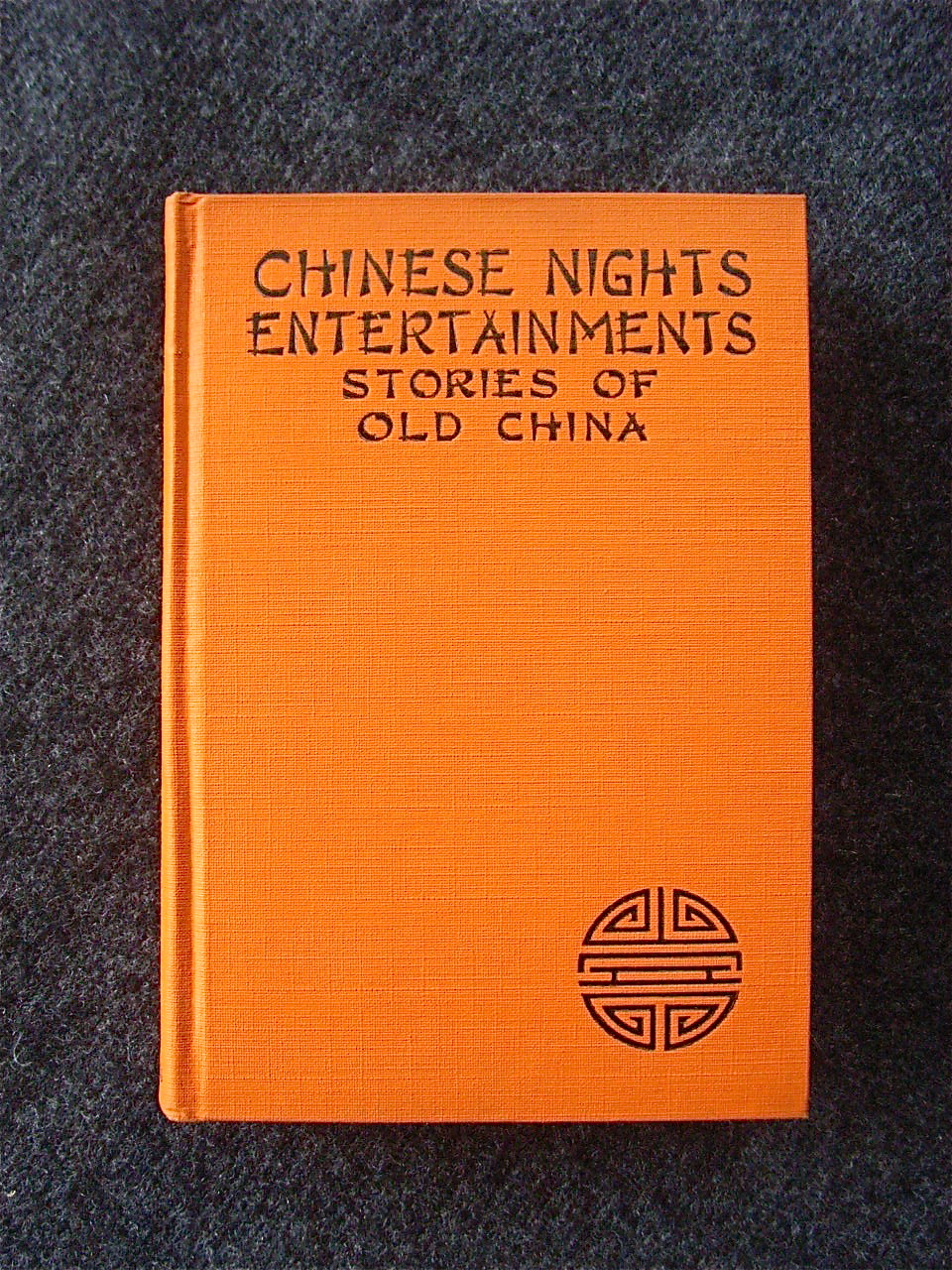 Observations Upon The Plagues Inflicted Upon The Egyptians : in which is shown the peculiarity of those judgements, and their correspondence with the rites & idolatory of that people. With a Prefatory Discourse concerning the Grecian Colonies from Egypt.

Publisher: Printed For The Author 1794.:

Scarce : long detailed discussion of the Egyptian plagues : and of Moses & the Exodus. Bryant was an influential writer on mythology & ancient history. View more info

Godolphin : and The Pilgrims Of The Rhine [complete to Chap V as issued].

Scarce. Textually important : the first printing of Godolphin over Bulwer Lytton's name : with new 2pp Dedications and 1pp Note by Bulwer. *** Saunders & Otley issued a series of Bulwer titles, a spin-off from the Bentley Standard Novels, in stand-alone volumes : these eventually came to form the 1st Collected Edition of Bulwer Lytton. Sadleir describes the series as 'elegant' and 'carefully produced' and notes 'It is among my keener regrets that I have not been able absolutely to complete the series, but the books seem to be very uncommon'. Sadleir 3735b. View more info

Scarce. Bulwer's significant new 6pp Preface - including a passing mention of Frankenstein : 'like Frankenstein, we dissect [sic] in order to create' - discusses in some detail his financial arrangements with Bentley & Colburn and with Saunders & Otley. The latter issued a series of Bulwer titles, a spin-off from the Bentley Standard Novels, in stand-alone volumes : these eventually came to form the 1st Collected Edition of Bulwer Lytton. Sadleir describes the series as 'elegant' and 'carefully produced' and notes 'It is among my keener regrets that I have not been able absolutely to compl... View more info

The Analogy Of Religion, Natural & Revealed, to the Constitution and Course of Nature. To which are added two Brief Dissertations : 1 Of Personal Identity : 2 Of The Nature Of Virtue. Second Edition, corrected.

A major work of 18thC philosophy : first published the same year in quarto format. 'One of the bulwarks of Christian apologetics ... its persistent influence is undoubted ... [Butler's Analogy Of Religion promulgated the idea that] the religious order and the scientific order are similar in nature, and both show the working of the Supreme Creator' [see Printing & Mind Of Man : 193]. And see also Grolier : 100 Books. View more info

With portrait, title-page & dedication leaf all engraved by Finden : and with 4pp lithographed facsimile of Byron's manuscript. An uncommon edition not listed in Coleridge. View more info

Edition Limited to 300 numbered copies. This copy inscribed nearly a half-century later 'To my friend - painter, poet, craftsman - from the author C. R. Cammell. 15th October '65 - 48 years after publication'. *** Cammell is best-known for his 1951 book on Aleister Crowley : The Black Magician. *** See NUC listing 1 copy only of these Lyrical Poems. View more info

Virgil's themes reworked in French. Delille 1738-1813 is best-known in England for his didactic landscape poem The Gardens. His French translation of Virgil's Georgics secured him the support of Voltaire. L'Homme Des Champs, a reworking of Virgil's themes [English translation 1803 The Rural Philosopher or French Georgics], was completed in Switzerland while in self-imposed exile from the Revolution : hence the imprint. Copies - or editions - with Strasburg and Berlin imprints were also issued : all are scarce. This Basle Edition not in NUC. *** This copy signed H[?] Senhouse: & with eleg... View more info

Coopers-Hill. A Poem written by the Honourable Sir John Denham, Knight of the Bath.

Publisher: London, printed and sold by H. Hills, in Black-fryars, near the Water-side 1709.:

Foxon D214 : the first of three editions listed by Foxon. First published in 1642. *** One of the earliest and most famous topographical poems, set around the Thames at Egham, by the royalist poet Sir John Denham. View more info