Charles Whittingham : printer 1795-1876. An Exhibit of his works at Bailey/Howe Library at the University of Vermont. By John Buechler. Introduction by Janet Ing.

Condition: Thick cream wrappers with title in black letter and device in red. C.pp40 including 4 facsimiles, a fine copy. Useful and informative exhibition catalogue with good text. Handsomely produced at the Stinehour Press.

Matrix 11 : A Review For Printers & Bibliophiles.

Matrix 9 : A Review For Printers & Bibliophiles.

Matrix 8 : A Review For Printers & Bibliophiles.

Matrix 7 : A Review For Printers & Bibliophiles.

By: WILKINS, Bishop John of Chester.

Wing 2218. Sermon by one of the most famous 17thC scientists - mathematician, philosopher, co-founder of The Royal Society. Among other works, Wilkins also issued A Discovery Of A New World which included the idea of the possibility of flying to the moon.
View More...

Sonnets : and some others poems.

By: WINCHESTER, Clarence : Alcock [Poems by a Pilot].

** Poems of an air pilot. Inscribed & with 8-line manuscript poem by Winchester to B. J. B. Sellar. Winchester 1895 1981, a journalist who learnt to fly in 1913 1914 and wrote a number of early books on flying [Complete Aeronautics 1920 with foreword by Alcock : and Aerial Photography 1928] : also poems Earthquake In Los Angeles 1938 : and other books on the movies & Hollywood. Winchester's Poems Of An Air Pilot 1921 was praised for its 'measured & pictorial eloquence' by the TLS : this volume titled Sonnets also with a number of poems on flying, and a poem in memory of Alcock. See NUC listing...
View More...

The Life & Death of Thomas Wolsey, Cardinall (sic), divided into three parts, His Aspiring, Triumph and Death. By Thomas Storer, student of Christ Church in Oxford. Reprinted from the Edition of 1599. With an introducton and notes.

This long poem is Thomas Storer's principal work. Originally published in 1599 : this is its first separate reissue since that time : it includes a 7pp Introduction and 13pp of Notes. *** Thomas Storer 1571–1604 was an Elizabethan poet whose work was included in the famous poetical miscellany England's Parnassus of 1600.
View More... 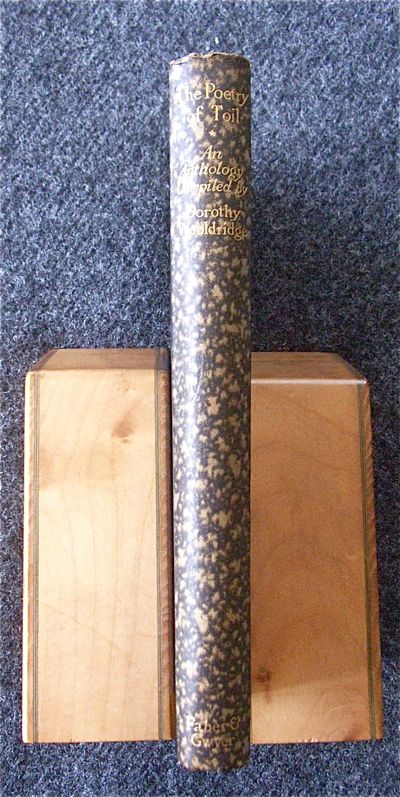 The Poetry Of Toil : compiled by Dorothy Wooldridge.

Pioneering off-beat anthology. Comprising poems of 'honest labour' depicting a world almost entirely populated by men. Includes a wide range of leading poets, mainly 19th and early 20th century, and these too are virtually all male. The resolutely apolitical choice of material is arranged under heads such as Men, Machines, Description, Idleness, Content, Discontent. ** Inscribed by the editor : 'For Thelma with love from Dorothy. November 1926'.
View More...

The Welcome Of Isis : a poem occasioned by an expected visit of the Duke of Wellington to the University of Oxford [in 1820].

Scarce book. No copy in Cambridge University Library. See Bodleian Library recording this 1834 Slatter Edition and also an 1820 issue with different imprint. This Slatter Edition with preliminary Advertisement stating 'this poem was written in anticipation of a visit . so long since as the year 1820; and that, consequently, some of the incidents referred to relate to that period'. Boone was an accomplished poet - at Oxford he won the Chancellor's Prize and the Newdigate Prize - and is now known best for his verse satire of university life The Oxford Spy 1818-19. He was later a teacher at Chart...
View More...

A Philosophical Enquiry Into The Origin of our Ideas of the Sublime and Beautiful.

The scarce 1st Edition : 'possibly limited to 500 copies' [Todd 5a]. With both pp.179 & 180 with section headings reading Sect. VI. ** The armorial device in blind on the front and back covers is of two chevrons on an ermine field, with a central hand, all surmounted by a [?ducal?] crown.
View More...

Strephon In Cambridge : with The Ballad Of Jasper Proctor. Orginally published in The Granta, and now for the first time made into a book. By Pauthos, embellished with designs by Hope [A. J. Hope-Reford].

Light satirical Cambridge verse : 'For Strephon was an undergraduate. / Like most of us who've been to Public School / He had those shreds of wit that make a Fool. / He was a Freshman, just arriv'd in College, / Bursting with Wisdom, but devoid of Knowledge'. Strephon was the pseudonym of Henry Craven Nash : and Pauthos of T. Girtin. This is the only book by Nash/Girtin et al listed in Cambridge University Library.
View More...

Talavera. Ninth Edition : to which are added Other Poems [WITH] Tribute To The Memory of the Rt Hon Spencer Perceval. By a Friend. Second Edition.

Rare. The Tribute To Perceval - printed privately for the anonymous Author - is not listed in the British Library or Library of Congress catalogues. See Cambridge University Library listing only the anonymous 1812 1st Edition. Perceval was Prime Minister at the time of the Battle of Talavera, during the Peninsular War, and was the only British head of government to have been assassinated. The 9th Edition of Talavera is the first to include the additional poems. Talavera was a British victory in the Peninsular War : the other poems here include War Song : Songs Of Trafalgar : To Him Who Despair...
View More...

The Rare 1821 Reissue : the title calls for 6 plates, but in this copy only the hand-coloured aquatint of the Storming Of St Sebastians is present [drawn & etched by W. Heath, aquatinted by J. C. Stadler]. *** The Wars Of Wellington was originally issued in 1819 with 30 plates : this 1821 Reissue was provided with a new title-page calling for only 6 plates. The work is an imitation of William Combe's famous series of Dr Syntax narrative poetical works : here the very long narrative poem is supported by extensive factual prose footnotes. See Tooley 154 describing this as A Syntax Imitation; a...
View More...

The Man Of The World. The 4th Edition.

Scarce & important novel of seduction & betrayal, depicting 'a person rushing headlong into guilt & ruin ... pursuing a selfish & sensual happiness ... in defiance of the moral sense' [Sir Walter Scott]. The abused heroine gives the novel a close resemblance to The Vicar Of Wakefield and to Richardson's Clarissa. Includes an interesting section on Billy Annesley's adventures in America and his adoption by the Cherokees after undergoing trials of courage. First published in 1773. This 4th Edition not listed in the 18thc Short Title Catalogue : and see the NUC noting 4 copies only.
View More...

Joe Miller's Jests [11th Edition] : or The Wits Vade-Mecum. Being a collection of the most brilliant jests ... To which are added Choice Collections of Moral Sentences, and of the most pointed and truly valuable Epigrams in the British Tongue ... Most humbly inscribed to those choice-spirits of the age ... The 11th Edition, with large additions.

Scarce. The sine qua non of English joke books : first published 1739 : and many times reprinted. This 11th Edition not noted in 18thC STC : and not in Cambridge University Library.
View More... 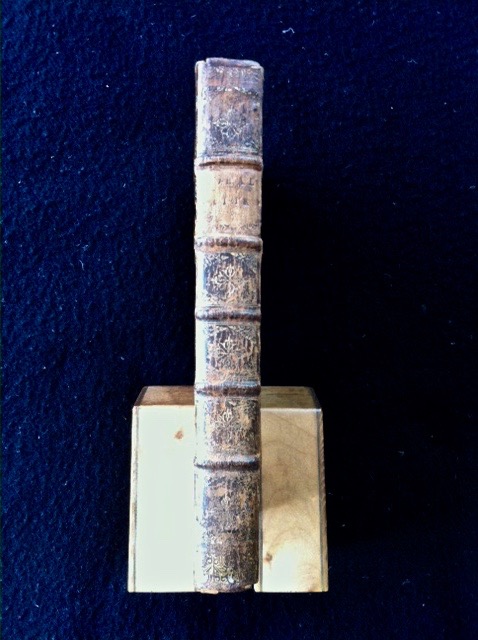 The Manners Of The Age : in thirteen Moral Satirs [sic]. Written with a design to expose the vicious & irregular conduct of both sexes in the various pursuits of life. [By Thomas Newcomb].

Scarce : an exceptionally extensive 4to volume of 18thC verse. Newcomb d.1765, Shropshire poet & 'plebian' graduate of Oxford : author of much pamphlet verse. One of his earliest satires was Bibliotheca : A Poem Occasioned By The Sight Of A Modern Library 1712. For Newcomb's Manners Of The Age, see Foxon N257.2. *** With the fine armorial bookplate of The Revd Mr Lee : a shield with three crowns is surmounted by a plumed helmet and an axe-wielding arm. The motto is Quarta Perennis Erit (The fourth [crown] will be everlasting). The three crowns may be those of the Kingdoms of England, Scotland,...
View More...