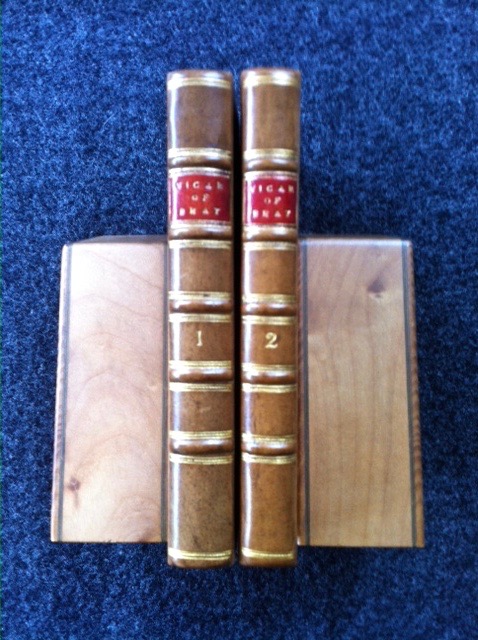 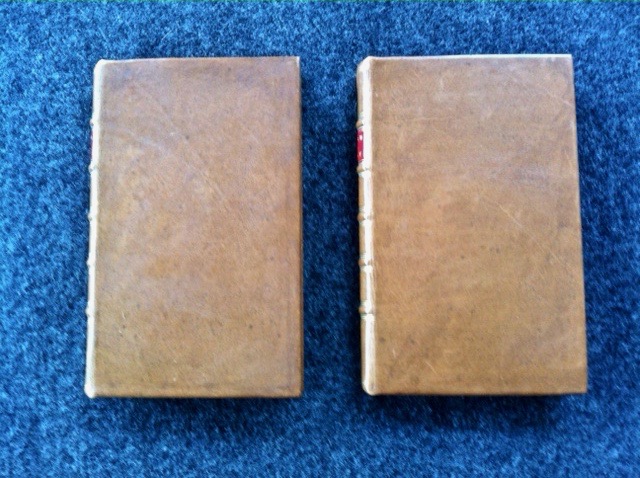 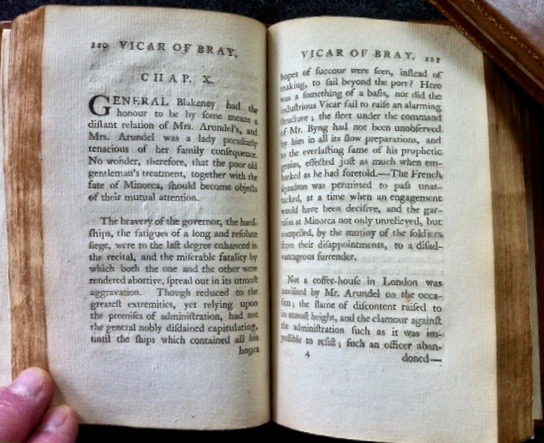 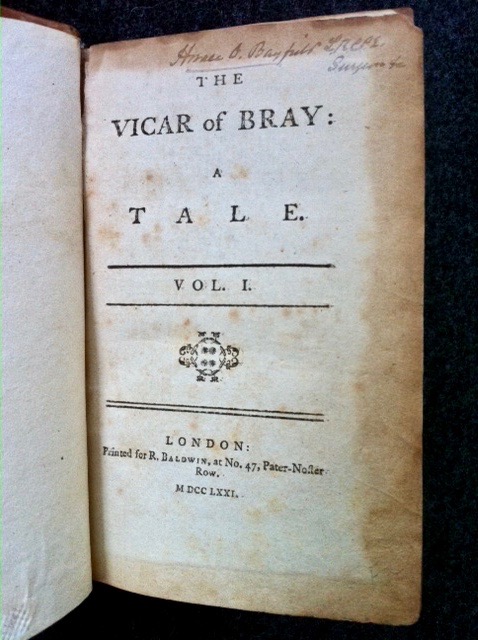 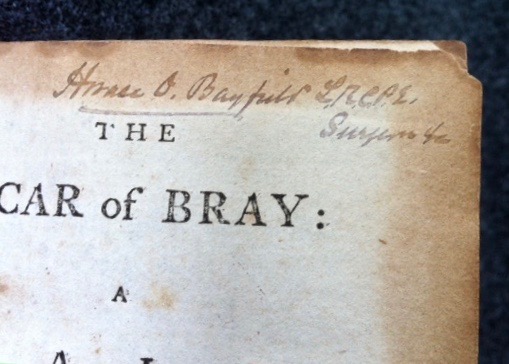 Extremely rare 18th century Libertine novel based on the life and times of the legendary Vicar of Bray, who supposedly contorted his religious affiliations to suit the changing times - from a supporter of Divine Right under Charles II, a papist under James II, moderate under William, tory under Anne, whig under George and lusty protestant under succeeding Hanovers. ** The final leaf of Vol 2 prints the text of the famous satirical Ballad of the Vicar of Bray. *** The novel presents the Vicar as an anti-hero, ultimately disgraced, who, together with his aristocratic friends and patrons, not only tacks and gybes to the political weather, but also cuts a despicable swathe through the innocent women of town and country. *** The Vicar, who had 'an unconquerable aversion to the clerical character', is 'deep read in the mystery of politics' and 'does not scruple to become all things to all men'. Worse, he 'never saw a woman without forming designs upon her, nor never succeeded in his attempts without abandoning her to the complicated miseries of distress, poverty, guilt and disgrace'. *** Top corner of both title-pages neatly signed Horace O. Bayfield, LRCPE, Surgeon. Horace Bayfield 1843–1917 was a Licentiate of the Royal College of Physicians, Edinburgh. He was born in Charlotte, Canada, the son of the distinguished British surveyor of the Canadian coast Admiral Henry Wolsey Bayfield. *** This novel is very rare : only two copies of this two-volume First Edition are held in British Libraries : and only three copies of the one-volume Irish Edition of 1771. A one-volume New Edition was issued in 1779, of which only one copy is held. *** The legendary story of The Vicar of Bray was the basis for an 1882 comic opera, and for a 1937 film starring Stanley Holloway.

Title: The Vicar of Bray : A Tale.