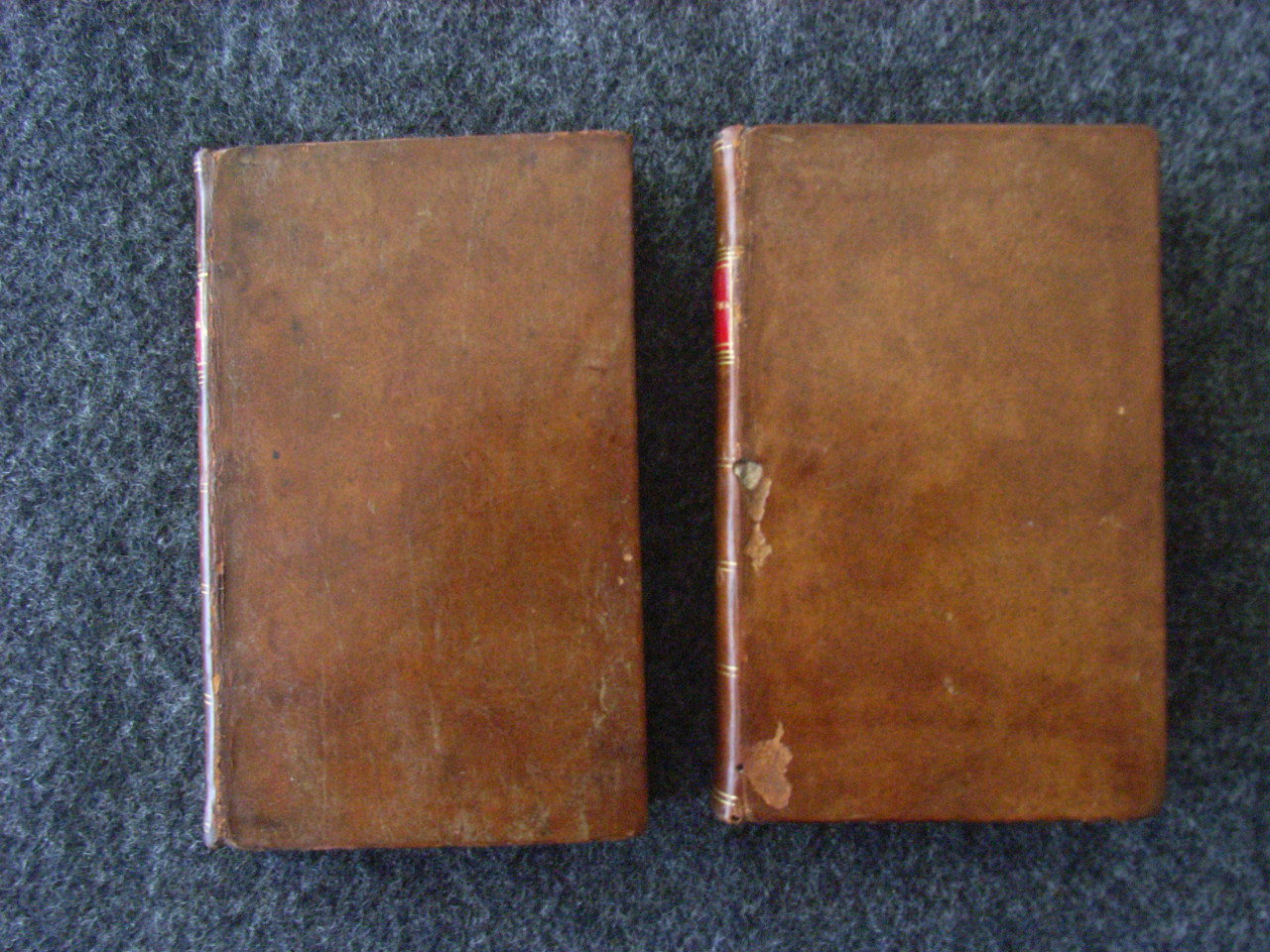 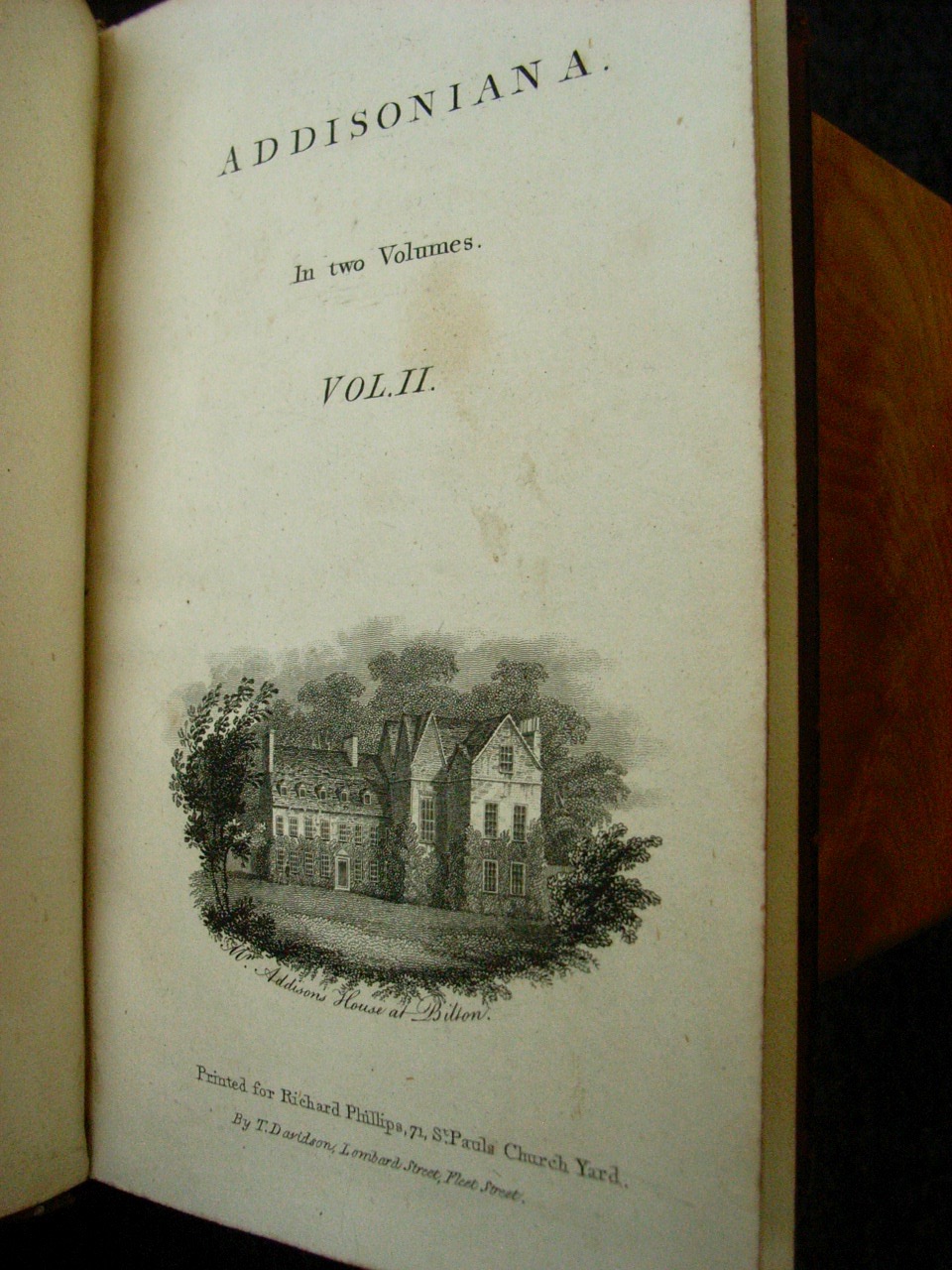 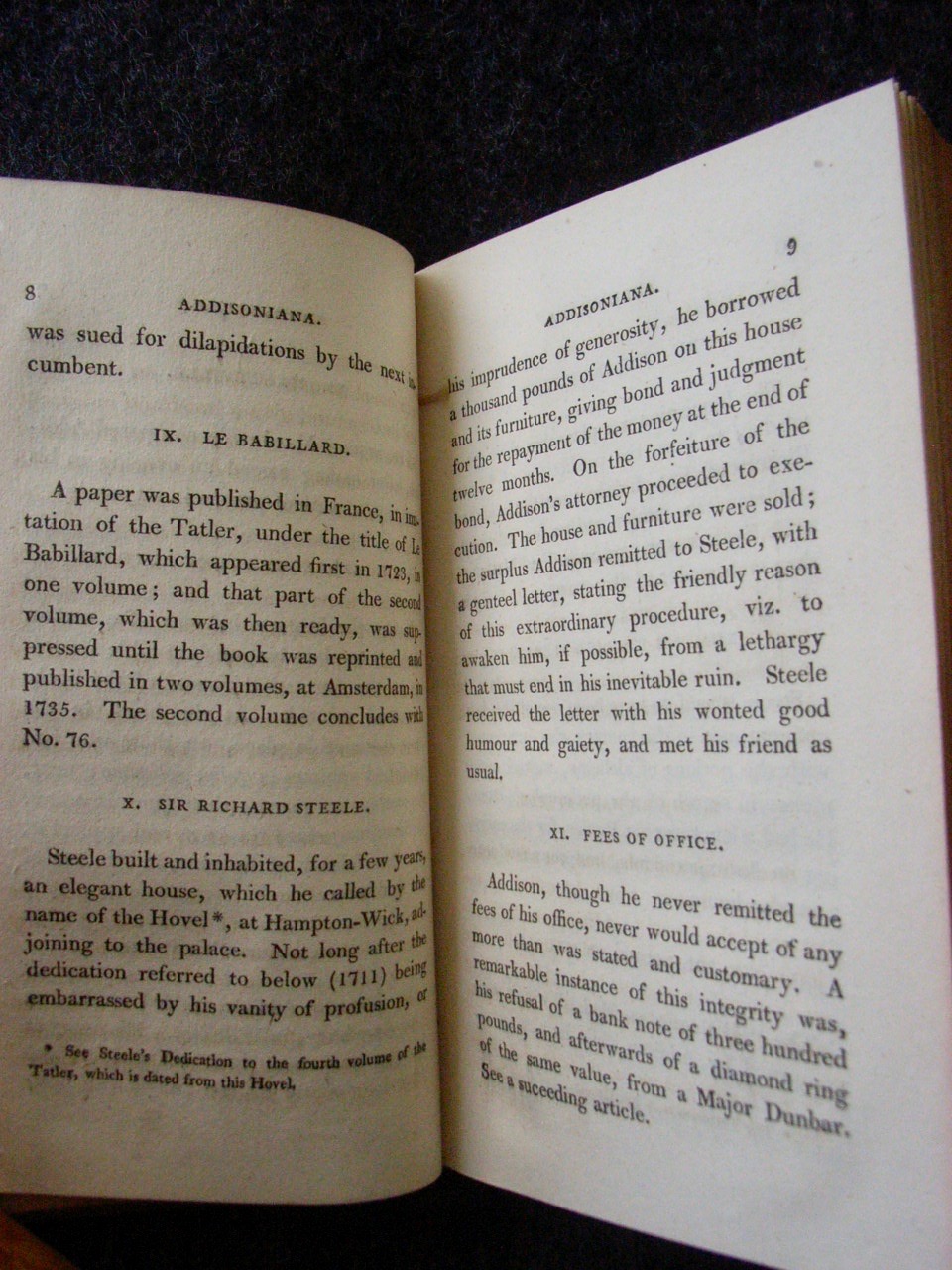 Scarce. Short biographies of Addison had appeared here and there as prefaces etc, and Johnson had also included Addison in his Lives Of The Poets. But this is the first separate book about Addison. Oddly enough not noticed by the generally authoritative 1954 Life by Smithers. ** Armorial bookplates of Sir Michael R. Shaw Stewart 1826–1903, Tory MP and later Lord Lieutenant for Renfrewshire, High Sherriff of Wiltshire, and Grand Master of the Grand Lodge of Scottish Masons. Shaw-Stewart played cricket once for the MCC. In 1849 a manuscript catalogue of the Shaw-Stewart library was drawn up detailing a fine collection of some 2,000 titles, the vast majority produced pre-1800, and including many continental editions.